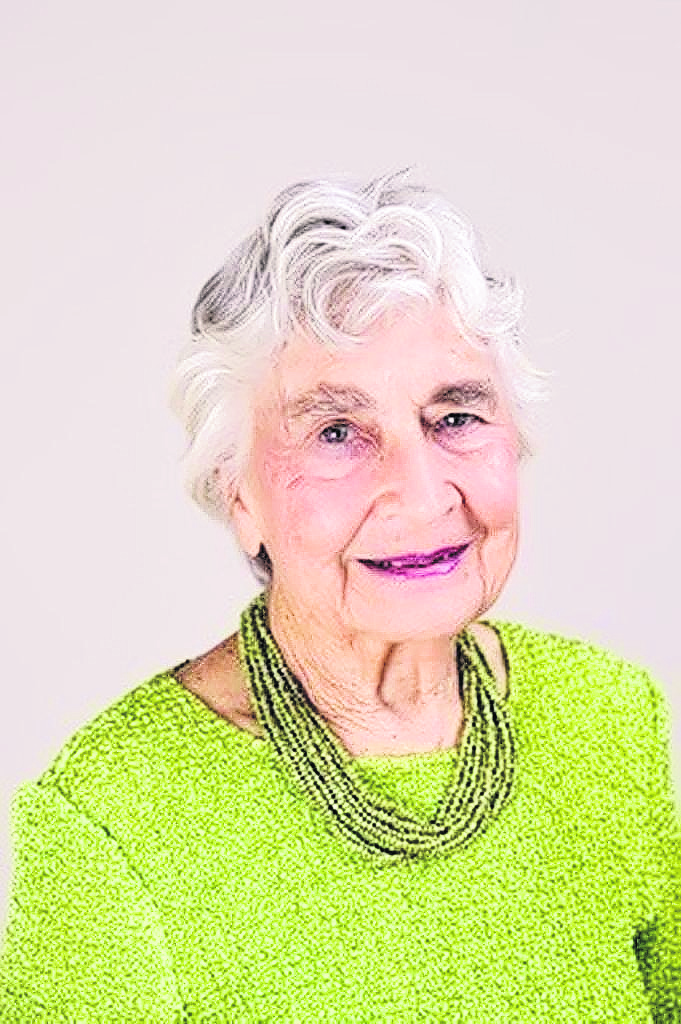 This is less rare than it used to be, of course, but it’s worth noting when someone whose life work revolutionized elder care hits her own centennial.

Many Lexingtonians may know Bell’s name, but many don’t know what a big deal she is in the field of Alzheimer’s and dementia, said her friend and co-author David Troxel.

“Virginia is truly an international figure — she has spoken at 30 conferences worldwide and our books are in 8 different languages— she has been a thought leader in the field for decades,” Troxel said.

Forty years ago, Bell, then 60, decided to go back to school in social work after raising five kids with her husband, the late Wayne Bell, who was president of the Lexington Theological Seminary. She did a practicum at what’s now the University of Kentucky Sanders Brown Center on Aging, and was asked to sit with dementia patients while their caregivers held a support group.

“That first session was awful — the people with dementia were upset that they were in a strange place, but for the next five months, I had them for an hour and I learned from them verbally and non verbally what works,” Bell said. “If you lifted the disease and looked under, you found a person with a life story different from anyone else.”

She became the first family counselor at Sanders Brown, and soon figured out that the more a caregiver learned about someone with dementia, the better they responded.

“When I mentioned using friendship as a mode of care, my committee just laughed up their sleeve,” she said. But the center sent her to elder care centers around the country, and she formulated the idea of a center where dementia patients could come and be with volunteers who knew the patients’ names and life stories, who could respond to their agitation or distress more personally.

“It was amazing how friendship melts down the angry feelings of people,” Bell said. “If we can create this , we can have them be at their best instead of their worst.”

This became Best Friends Adult Day Program, which started at Second Presbyterian Church, and is now next to Bridgepointe at Ashgrove Woods. Bell still volunteers there and is constantly trying to recruit others.

“In a city full of extraordinary, talented people, Virginia Bell stands out,” said Mayor Linda Gorton. “She has changed the lives of hundreds of adults with dementia through her Best Friends approach. Now, at age 100, she shows no signs of slowing down.”

Meanwhile, Bell celebrated her birthday last weekend with her favorite tradition: a family reunion gathered at one of Kentucky’s state parks. All of her direct descendants came to Carter Caves this year, including one great-great nephew born 100 years after her.

Bell credits her long and healthy life with being raised on a farm outside Cynthiana, and staying physically active and socially engaged. She still takes part in the High Street YMCA’s 6 a.m. Jump Start class, now through Zoom. Class leader Debbie Dean says she has not missed one class in the past two years.

“What an inspiration she has been to people for many years,” Dean said. “For years I have heard lots of people say ‘I want to be like Virginia when I grow up.’ ”

Bell has only barely slowed down.

“When we get older, we get too comfortable,” she said. “We have the same friends who think the way same way, we get in a rut.

“I’m glad to live through this century — it’s going to blow your mind all the things coming your way. I cannot imagine not enjoying life, and trying to help others. I think if you look you can always find something good to rejoice about.”